where I've been for my son's wonderful wedding.  Just a few lovely photos for the sharing with everyone! 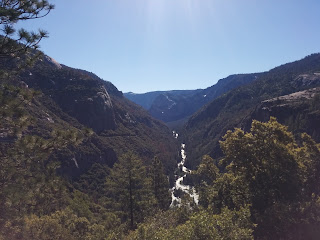 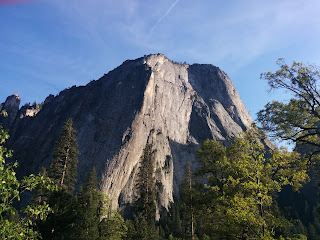 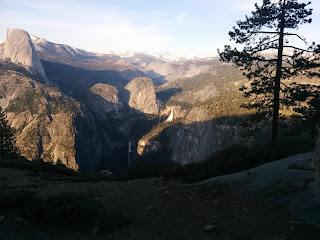 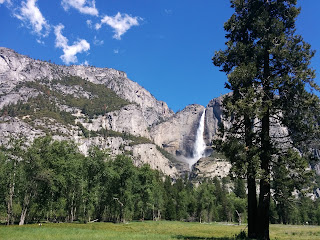 With the rainfall we've had this year, the falls are flowing and the mosquitoes are growing.... More blogging in weeks to come, with concerts May 31, June 2, and June 11.  And probably some more Yosemite pics, too.

Posted by Unknown at Wednesday, May 25, 2016 No comments: Links to this post

Today I've been pondering the word "important" and what it means, especially for projects, initiatives actions, and the arts.  To ground my musings, I started out with the OED (Online Etymology Dictionary, whose acronym apes another, more august tome, and which does, indeed, list its word-ly cousin among its sources.).  I'll call the online etymology version OED2.

At  OED2, I read that the modern English word "important" comes via Middle French (15th century) from Medieval Latin, importans, importantem and ultimately derives from the verb importare, "to bring in, convey or bring in from abroad." It was first used to mean "be important" in English around 1580.

How does that definition apply to artwork, projects, or even governments.  It doesn't even seem relevant--until we realize that important initiatives bring us understanding and perhaps bring help to those in need. (There's that word from the definition, bring.)

If a project is a major one, that can mean many positive things, such as pathbreaking, innovative,, or just plain excellent. But when it's an important one, that usually means it deals with hard topics, ones we know we need to look at but shy away from as joyless and non-celebratory, problematic issue-laden subjects that the world needs to address.

So, for example, when my wonderful niece, Talya (shown above and left, too), worked with Syrian refugees in Lesbos and Idomeni through IsraAID, it was important work (and courageous for a young woman). My friend, Paula, too, for that matter.

An important project probably deals with the four horsemen of the apocalypse--traditionally war, famine, pestilence/conquest or death--in one way or another, or at least mini-me versions of them. (Pestilence vs. conquest has to do with translation differences and dissemination through popular culture, both  topics for other days.) See below right for Albrecht Durer's woodcut depiction.

An important project makes us look at things most of us want to sweep under the rug, or at least to say, "Yes, yes, we know and agree. It's awful. Glad you're dealing with it.  Sigh. Too much to bear thinking about it. Don't know what to do about it. Now go away and let the rest of us relax." And I should know, as that is a slightly over-the-top caricature of my own sometimes past-attitude, despite my having somehow found myself doing an "important" project over the last 6+ years, the JMPP (some of which were recorded on our brand new CD, Surviving:Women's Words).

An important project often has to work extra hard to draw an audience, as who enjoys emotional flagellation? Catharsis is one thing, but to deliberately go to an event that focuses on bad things happening to good people? (Actually, that's a partial definition of what happens in many an opera or tale, so maybe that's not such a bad plot device...) Or on revisiting unhappy history, so that we aren't condemned to repeat it? (Ditto.)

As another example, in yesterday's mail, I received a postcard for Seattle-based Music of Remembrance's Out of Darkness: an Opera of Survival, the new chamber opera by Jake Heggie about the Holocaust that will be produced on May 25-26 at the SF Conservatory of Music.  MOR is an important project and MOR's mission is much in alignment with that of the JMPP; I like both Jake Heggie and his music. So although I fear that it may be an emotionally wrenching evening, I will try to go, and on today, the eve of U.S. Holocaust Remembrance Day, I encourage those of you reading this who are in the SF Bay Area to go, too.


What I'm reading: More Inspector Gamache mysteries by Louise Penny. (Now about midway through the series)

What I'm working on: works by Martha Stoddard, Judith Shatin, Hans Winterberg, and Frederic Sharaf, for May and June concerts--plus Mozart for my son's wedding :).
Posted by Unknown at Wednesday, May 04, 2016 No comments: Links to this post